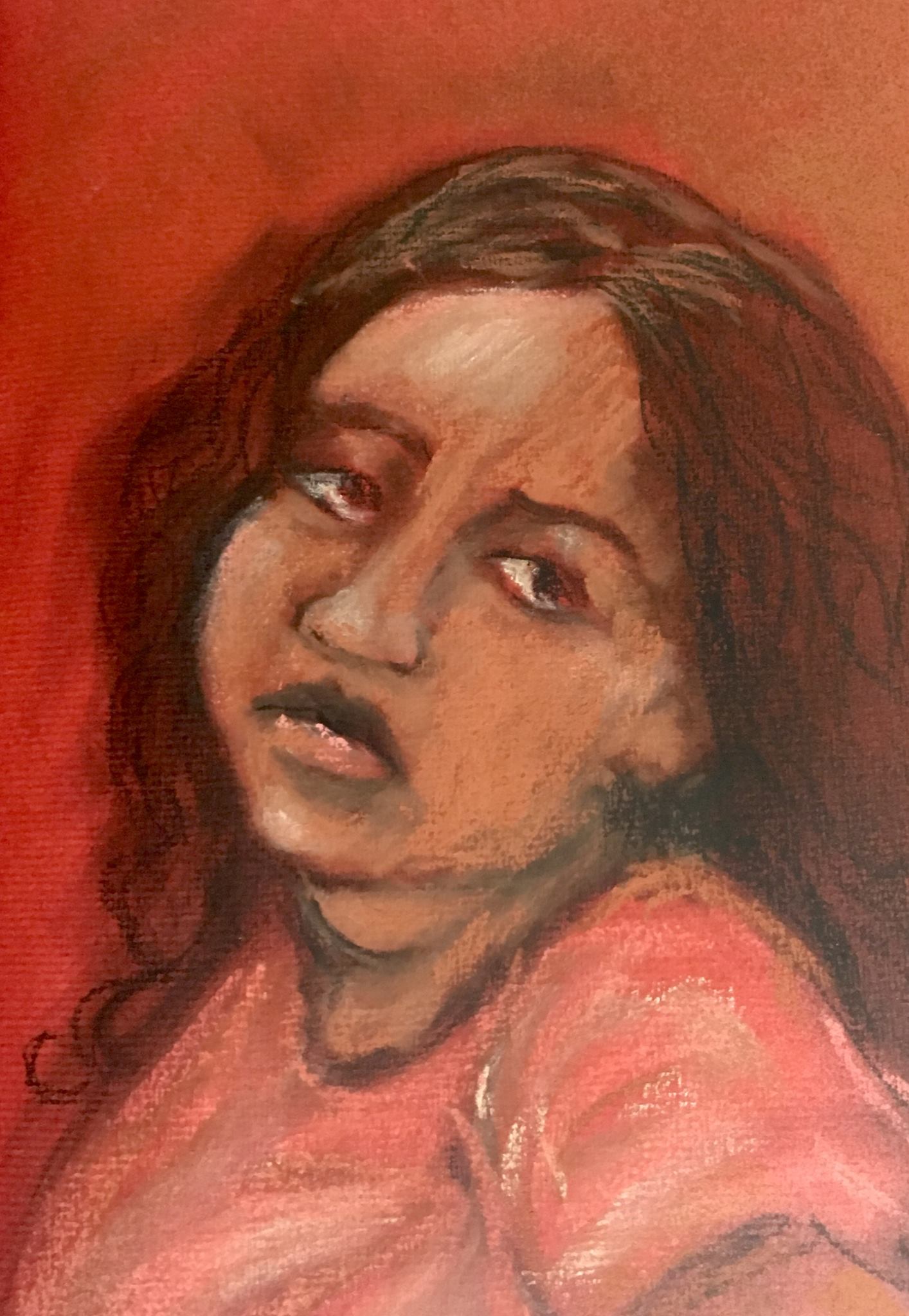 I carry a Fabriano journal everywhere I go and managed to capture this quick study of a young girl at the DMV. I used my cell phone to snap a photo (it wasn’t the best photo) and used that to fill in some more detail. I really like this kid’s expression because we all felt this way while trapped at the DMV.

These are highly concentrated pigmented pastels. I also sometimes work with hard pastels or mix the two. I find soft pastels deliver a higher-quality color saturation. I love color and experimenting with color. I was originally drawn to this child because of her bright shirt and dark hair.

Below, is an example of hard and soft pastel used together with a gold acrylic background. You can really see the vibrancy in Medusa’s snakes — soft pastel. I painted Medusa’s skin first with hard pastels in green shades. The technique is one used by artists like Degas. You can see some of the green in his underpaintings.

I also saw this technique used at the Savannah College of Art & Design, where students used variations of green first to catch a certain effect.

I chose Medusa because she has such an interesting background. She was a beautiful maiden who was treated unjustly and turned into a monster who became feared by men. Her image was at one point adopted by feminists.

I chose the brightest snakes I could and reproduced them here. They are Malaysian Coral Snakes — highly poisonous, which I thought was fitting for Medusa.

Both of these pastel examples (the girl and Medusa) strive to capture a certain meaning using a very vibrant and difficult media. With Medusa, I was shooting for symbolism. With “Girl at the DMV,” I wanted to show emotion and life.

2 thoughts on “Pastels, Portraits and Meaning”